Many enthusiasts form teams and play for tournaments, games, or just for fun. And if you don’t play sports, you might have at least heard of one of these sports. Well, it turns out that there are so many sports that we don’t know about because no one plays them anymore or because it was from such a long time ago! Are you ready to tackle this?

#1. Shin Kicking
You might be thinking, “Woah, why was this sport made in the first place? No wonder people stopped playing it.” And you would be right. It originated in England in the 17th century and this sport is played just like its name. You kick people in the shins until one of them accepts ‘defeat’ or when that person falls to the ground! This game is supposed to show how tough and strong you are. There is even a Shin-Kicking Championship held in Dover’s Hill, England.

#2. Toe Wrestling
You might have played thumb wrestling (commonly known as “thumb wars”) with your friends for fun. But toe wrestling just sounds impossible to play, right? It’s just like thumb wrestling, but you remove your footwear and interlock each other’s toes and then fight! The two opponents will play until one of them pushes the other opponents’ foot down on the surface. This sport is considered a fairly new one since it came out in 1976 in Britain. I don’t know about you, but I wouldn’t play this game.

#3. Elephant Polo
From kicking and toes to elephants. Yes, this is a game where two people sit on elephants and play the known game polo. It is mostly played in Thailand, India, and Nepal. The polo part of the game is made out of bamboo, and the players must wear a helmet for safety. Now, the people playing are not necessarily riding the elephant, there are different people to do that job. And the players tell these mahouts (people steering the elephant) which way to go. The goal of this game is to hit the ball.

#4. Wife Carrying
The title of this game explains exactly the rules of what you do in this sport. The objective is that the husband has to run a race track with other husbands. The challenge is that you have to carry your wife on the back and run. The gifts are all related to how much your wife weighs. If you win the marathon, then you will be allowed to compete in the next level, which is the World Championship in Finland. The only rule is that you must be older than 17 years to be carried on the back.

#5. Underwater Hockey
So to be frank, I knew there was something called Ice Hockey and Normal Hockey, but I didn’t know you could play Underwater Hockey! This sport is risky as you need to have very good breath control. The pool you play in is set up like a normal arena for a hockey game. The only twist here is that you have to play hockey with great depths like those of the ocean, high pressure, and of course, know how to control your breath, while at the same time competing in a fierce hockey match. That sounds like too many things for me!

#6. Cheese Rolling
I love good cheese, but rolling it to the ground won’t be a delicious appetite filler for me. This game consists of a large cheese wheel being rolled in a very steep slope (a dangerous hill) and then people have to race after the wheel to see who will win at the end. And obviously, the person who reaches the end first wins the game and gets the cheese. Now this game may sound super fun and easy, but the hills and slopes where these games take place are always risky and can cause injuries to someone.

#7. Tuna Tossing
One of the weirdest sports on my list is tuna tossing, a game that was inspired in Southeast Asia. Local fishermen would capture fish and toss them to the other fishermen (or to their truck where they would keep all the fish) and they thought it was very fun, like tossing a ball to one another, but doing it with fish. The proper game is that whoever throws the fish the farthest (not just any tuna, but the 20-pound tuna fish) will be the winner of this competition. Nowadays, it is done with a cleaner environment and a rubber fish.

#8. Man vs. Horse Marathon
It is very funny how some of the most awesome or fun things all start with a question. In this case, it was when a group of people asked if there were a race between a Horse and a Man, who would win? Now, we might all have predictions. “Obviously the horse would win, no doubt about that!” And this is true. Most times the horse has won, but there have been rare times where the human has won and gotten a huge cash prize of $40,000!

#9. Giant Pumpkin Kayaking
Kayaking is a sport where you have a boat and oars to navigate the water, and there can be races with other people. If you get tired of the normal shape of the kayak and want to make it a little bit more interesting and fun, this sport is a must-try for you! It is where participants decorate their pumpkins in their unique way and start the half-mile-long race! It would surely be cool to see colorful and bright pumpkins through your window, or even better, doing this sport on Halloween. That sounds fun!

#10. Bubble Soccer
You might be thinking that I am joking or making fun of soccer. But, no, this is a real sport! People are trapped in inflatable balloon-like balls from their head to the upper body. They get separated into two teams consisting of 5 people. The rest of the game is pretty normal as it follows the same rules as normal soccer does. I wonder how people can breathe in that air-tight bubble! It might be fun for people who love all types of soccer games! It also will be very funny for the audience!

These are all the games I have got for now! I hope you all enjoy and maybe even try any one of these games! 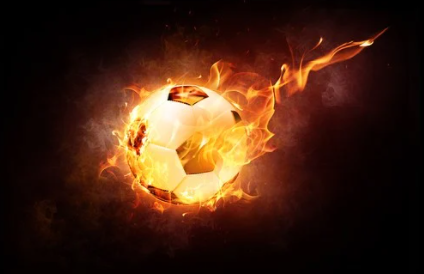