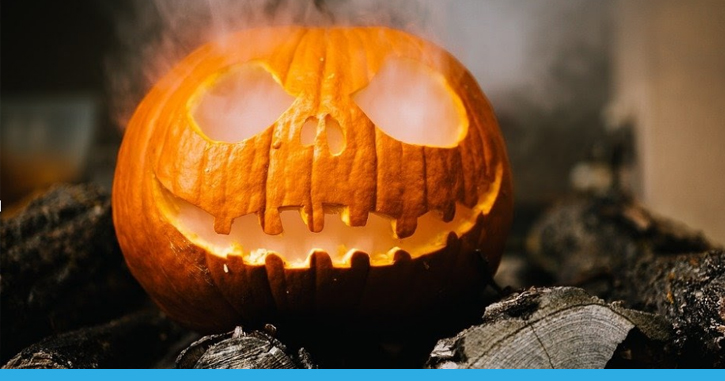 Oct. 31 is a day that has grown to be a lot of people’s favorite holiday. Kids love it for the candy, while others love it for endless fanciful opportunities. Trouble and ingenuity entwine to create haunted houses that are brimming with jump scares and mummies. Halloween as we know it is full of costumes, pranks and candy, but this spooky holiday hasn’t always been that way.

The tradition started as a Celtic festival where people would scare off ghosts with bonfires and costumes. It was called Samhain. Nov. 1 was considered their New Year, and it was a day that marked the end of a fruitful summer and the beginning of a deadly winter. The Celtics believed that on New Year’s Eve (Oct. 31), the boundary between the living and dead dissolved, and the ghosts came to cause some trouble. However, they also thought that predicting the future became easier while the ghosts played. The bonfires were fed crops and animal sacrifices in hopes that the Celtic deities would communicate with their Druids (Celtic Priests). Oct. 31 abounded with hearty laughs and attempts at fortune-telling.

Eventually, the Roman Empire conquered the Celtic territory, and two Roman festivals, Feralia and Pomona, meshed with Samhain. Feralia, commemorated in late October, was a day to remember the dead. Pomona was a day that honored Pomona, the Roman goddess of fruit and trees. Her symbol was the apple, which explains our apple bobbing traditions.

In the 9th century, Christianity bled into Celtic lands, and All Souls Day (also called All-hallowmas) was created on Nov. 2. It too remembered the dead through costumes, parades and bonfires. Eventually, as language evolved, All Saints Day changed to All Hallows Eve, and eventually Halloween. This all took place in Europe, so how in the world did it get to America?

When the first pilgrims traveled to America, Halloween was far from their thoughts. It was mainly practiced in Maryland and the Southern Colonies. Over time, European and Native American beliefs mingled with each other, and a much more familiar Halloween emerged. It was here that the ancestor of creepy stories lived, seen in the big events held to tell stories of the dead, read fortunes, dance and sing.

Now, where does trick-or-treating come into play? Well, Americans thought back to their roots and began to dress in costumes, traveling house to house for food and money. That’s the treat part. The trick comes from the belief that young women could predict characteristics of their future spouse by performing tricks using yarn, apple parings or mirrors. In the 1800s Halloween became less about meaning and more about parties and pranks; it was there that Halloween lost most of its religious overtones. It became a holiday of comradery and costume parties.

There you have it, a taste of Halloween’s unique creation. It was influenced by people around the world and remains one of the most widely spread holidays. Spread the word, something so prevalent in our culture today deserves to be seen for what it has been, and what it will be. Give them pumpkin to talk about and have a howling good time!