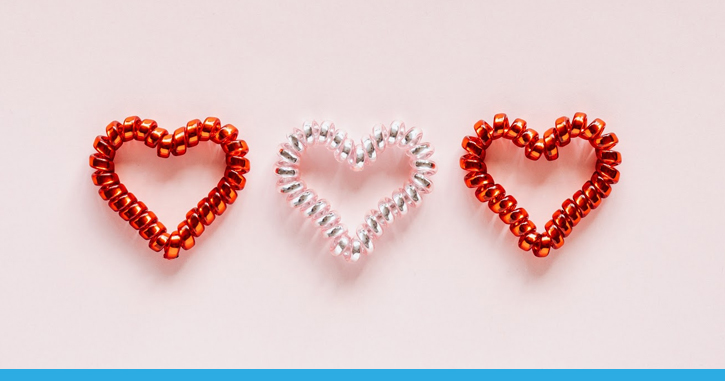 Every February, we celebrate Cupid’s effect on the world, for we all are familiar with and anticipate the traditional holiday that celebrates all things pertaining to “love.” However, what really is Valentine’s day, and how did it come to be?

When It All Began

This beloved holiday has many legends and accounts of how it was created. Let’s take a look at some of them.

The holiday originates from the Roman festival of Lupercalia, held in mid-February. The festival celebrated the coming of spring, including fertility rites and the pairing of women with men by lottery. Around the end of the 5th century, Pope Gelasius I replaced the event’s name from ‘Lupercalia’ to ‘St. Valentine’s Day.’ By the fourteenth century, it came to be celebrated as a day of love.

Although several Christian martyrs were named Valentine, the holiday is said to have gotten its name from a priest who was martyred around 270 C.E. by the emperor Claudius II Gothicus.

According to said legend, the priest ended a letter, “from your Valentine” to his jailer’s daughter, whom he had befriended and healed from blindness.

Other accounts say that it was a bishop, St. Valentine of Terni, whom the holiday was named after, though it is impossible to confirm its accuracy. Another common legend accounts that St. Valentine defied the emperor’s orders and secretly married couples to spare the husbands from war. Although unknown who the holiday was named after, all cases demonstrate that this event is associated with love.

The Roman God of affection, Cupid, has become one of the most well-known symbols for Valentine’s Day, and love in general.

Hearts are also one of the most widely-known symbols of love due to emotions being felt in one’s heart. Also, the heart shape we know of today resembles the image of two human hearts sewn together, signifying the intimate bond between two.

Another sign of love is the bird; however, why? The symbol’s affiliation with love came to be when it was thought that the avian mating season begins in mid-February.

Traditional gifts given on Valentine’s Day include candy and flowers. Flowers in general are a sign of beauty and growth, and when given to someone, they represent thoughtfulness and love. They work best when given to your significant other — particularly crimson roses, which signify absolute beauty and love — but are an ideal gift for anyone. On the other hand, the giving of candy represents sweetness, implying that whomever you are giving the treats to is sweet.

Valentine’s Day is a fun holiday that I believe is very interesting to know the history behind, and I hope you think so as well. I hope that you enjoyed reading this article and learned something new from it.

3 thoughts on “The Origin of Valentine’s Day”