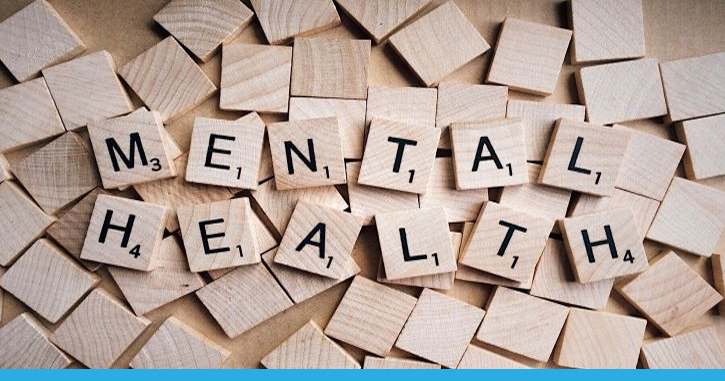 In our society lies a pervasive crisis that perforates every facet of our lives and those of others, yet largely goes unrecognized, as if such was merely a minor occurrence.

But mental health is no minor occurrence.

Mental health is critical for our well-being and the ability to lead productive and bearable lives. It consists of our ability to have emotions, be social and psychologically sound. Poor mental health is also correlated with diminished physical health and increased risk of numerous health problems, of which vary by mental disorder, all of which are integral to our overall well-being. Yet not all mental health issues are equal, for they range from subtle to severe.

Unfortunately, mental health issues largely go unnoticed, as mentioned earlier. As of 2019, over 20 percent – or 51.5 million – of the United States population is diagnosed with one or more forms of mental disorders. It proves to be a ubiquitous problem, although a silent one. Few do realize the gravity of the situation that pervades American society, which can cause great distress among the people. However, many harbor sentiments and ideas about mental health that are simply false, many of them causing a hindrance to properly understanding it.

Here, four myths about mental health will be discussed and promptly dispelled to further illuminate the need for better comprehension of the said topic.

(Note – if you believe you or someone you know have a mental health disorder, always contact a health professional for further examination and support. Refrain from self-diagnosis without the trusted opinion of a certified and practicing healthcare provider.)

Myth #1 – “Those with mental illnesses are violent”

While this myth has slowly faded out of the limelight in recent time, it still finds ways to be brought into general conversations. This myth advances the idea that those that have been diagnosed with a mental health disorder in the past are more likely to commit acts of violence. This is particularly driven by sensationalization in the media and the inflated portrayal of crimes perpetrated by those with mental illness.

In fact, those with mental illnesses, particularly severe, are more likely to be victims of violence rather than be its perpetrator. The study that found such to be true stated, “…members of the public undoubtedly exaggerate both the strength of the relationship between major mental disorders and violence … It is far more likely that people with a serious mental illness will be the victim of violence.” If not demonstrating a dramatic reversal of the commonly purported worldview of poor mental health, then it is not clear what will change public views.

This myth may or may not already describe the sentiments of far too many people — the thought that having a mental illness or disorder is due to being weak and willfully allowing oneself to have poor mental health. The usual response is to simply “snap out of it” or to “suck it up.” This myth is, of course, erroneous for a multitude of reasons that prevent such a simple end to poor mental health.

Mental disorders and illnesses are caused by a myriad of factors of which can be interrelated or totally separate. These can be from biological factors, such as genetics or physical ailments and injuries, or from past experiences of trauma and/or a history of abuse, of which can vary. Some factors might also stem from a family history of mental health complications, such as anxiety disorders. These factors refute the idea of mental health issues being caused by a weak character that is unwilling to change.

Again remaining a pervasive myth, it has like many others begun to fade – albeit slowly. This myth consists of the idea that those with mental illness are either inept at maintaining a steady source of employment or are simply incapable of working at all. Some more extreme versions of this myth may go as far as suggesting those with mental health disorders should be barred from employment. Luckily, such ideas are very scarce to come by.

Another recurring myth about mental health is that the said issues are a permanent fixture that cannot be solved or treated. This myth usually follows the belief that medication or therapy is ineffective at solving or improving mental health in any way. Though not everyone will be “cured” of their disorders or of poor mental health, there is no reason to believe that mental health will not generally improve over time with the correct treatment and response.

The fact of the matter is that therapy and medication – when properly prescribed by a physician – can and do improve mental health issues. While everyone experiences recovery differently, with some faster than others, the treatment is effective. It can allow for people to begin to live their lives fully and more productively than before. Today especially brings more hope to the conversation with a plethora of diverse treatments and therapies that only continue to grow with time.

The bottom line is, mental disorders and illnesses are not permanent.

It is an unfortunate occurrence in society that mental health can seemingly be swept under the rug, and it only appears to be made worse by the persistent myths and misconceptions that surround mental health. Yet, not all is lost, for in recent time great leaps and strides in attempting to understand mental health have been made, allowing for more illumination on the topic. However, now is not the time to let up with the progress being made nor to stop repealing detrimental myths. There is a long road ahead for complete awareness, but it could arrive sooner than we thought.

Image by Wokandapix from Pixabay

1 thought on “Misconceptions about Mental Health”