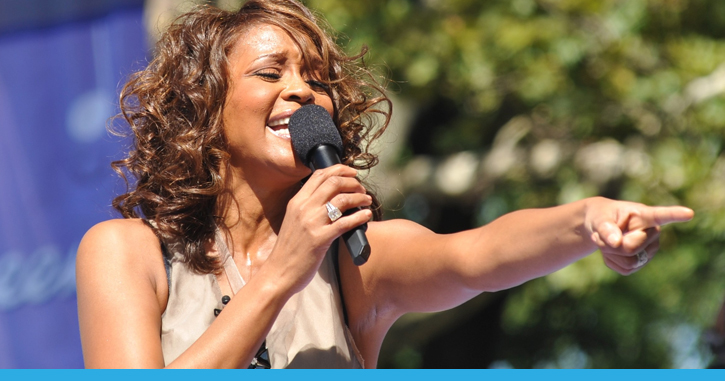 Whitney Houston was born on August 9, 1963 in Newark, New Jersey.  She has had a connection with music all her life as she grew up in a musical family. Her mom was a legendary figure in American gospel, soul, and pop music.

At the age of 15, Houston performed together with her mom Cissy Houston. Soon after, she was noticed by a photographer who couldn’t help but see her beauty. She then became a model and was featured as one of the first African American women on the cover of Seventeen magazine.

In 1985, Houston produced her first debut album which became a sensation. She later produced her singles “Saving All My Love for You” and “How Will I Know.” In 1986, she won a Grammy award. Later, she produced more hit singles which earned her another Grammy award in 1987. In 1992, Houston married Bobby Brown who was also a musician. Together they had their daughter named Bobbi Kristina Brown.

Houston continued her singing career, but things took an emotional turn when she was found having drowned in a hotel bathroom at Beverly Hills Hilton hotel right before the Grammy Awards in 2012. Sadly, it is said that heart disease and cocaine contributed to her death. However, her music will always live on as a legend.