If you’re searching for something to read, then good news: there are many books and series worth reading, some underrated and others known and sweeping the nation.

Romance, adventure, action, fantasy and science fiction are all genres that include some amazing books. If you are looking for a new series to read but aren’t sure what to choose, you should consider one of these five amazing series.

The “Harry Potter” series by J. K. Rowling is probably the most popular series on this list. If you haven’t read this captivating fantasy series, then you should definitely check it out.

This series is about a boy named Harry Potter, who lives with his cousin, aunt and uncle. After a half-giant shows up at his door, Harry begins a new life at the magical boarding school, Hogwarts. Harry learns magic spells and potions with his new friends, all while training to become strong enough to face his nemesis, Lord Voldemort.

“Percy Jackson and the Olympians” by Rick Riordan

These books are what made me fall in love with reading. It’s a fantasy series of five books written by Rick Riordan, and it is absolutely amazing. If you haven’t read these books, you definitely need to.

“Percy Jackson and the Olympians” is about twelve-year-old Percy Jackson who has reached a dangerous stage of his life: the stage where he finds out that he’s a demigod. With the help of a satyr and a daughter of Athena, he will go on perilous quests and face dangers he never imagined. Will he be able to reach his goals? Will he even be able to survive the dangers of the world of Ancient Greek Gods?

“Wings of Fire” is a fantasy novel series written by Tui T. Sutherland. This series is one of my absolute favorites. If you’re looking for a long series to keep you reading for a while, this is a good choice. “Wings Of Fire” includes 14 books.

“Wings of Fire” is about young dragons, war and prophecies. The seven dragon tribes have been at war for generations. Five dragonets(Glory, Sunny, Clay, Tsunami and Starflight) are collected to fulfill the prophecy, raised in a hidden cave and enlisted, against their will, to end the terrible war.

If you thought that “Wings of Fire” was long, think again. “Warriors” by Erin Hunter  includes six and a half arcs (the seventh is progress), with each arc having a total of six books. These books have captured my heart, they are my favorite books on this list. I highly recommend “Warriors,” just make sure to start with the first series. “Warriors” is not the kind of fandom where it doesn’t matter which one you start with, a lesson that I learned the hard way.

“Warriors” is about the four clans of cats in the wild. It has adventure, romance, action, mystery, suspense and more. It shows the experiences of complex characters, and the plot twists get me every time. This is definitely a series worth reading.

“The Lunar Chronicles” by Marissa Meyer

“The Lunar Chronicles” is a young adult series written by Marissa Meyer. They are science fiction revisions of classic fairytale stories.

“Cinder,” the first book in the series, revolves around Linh Cinder, a teenage cyborg that lives in New Beijing(in the future). One day, the crown prince himself shows up at her store and asks her to fix his android, Nainsi. Her life will go off the rails as new events unfold. Unsettling secrets will be discovered, new romance will blossom, and danger will begin to lurk just around the corner. How will Cinder deal with everything coming her way?

I hope you found something you thought was worth your time on this list and decided to check it out. All the five of the series mentioned above are amazing, and that’s coming from me, the unofficial book critic. 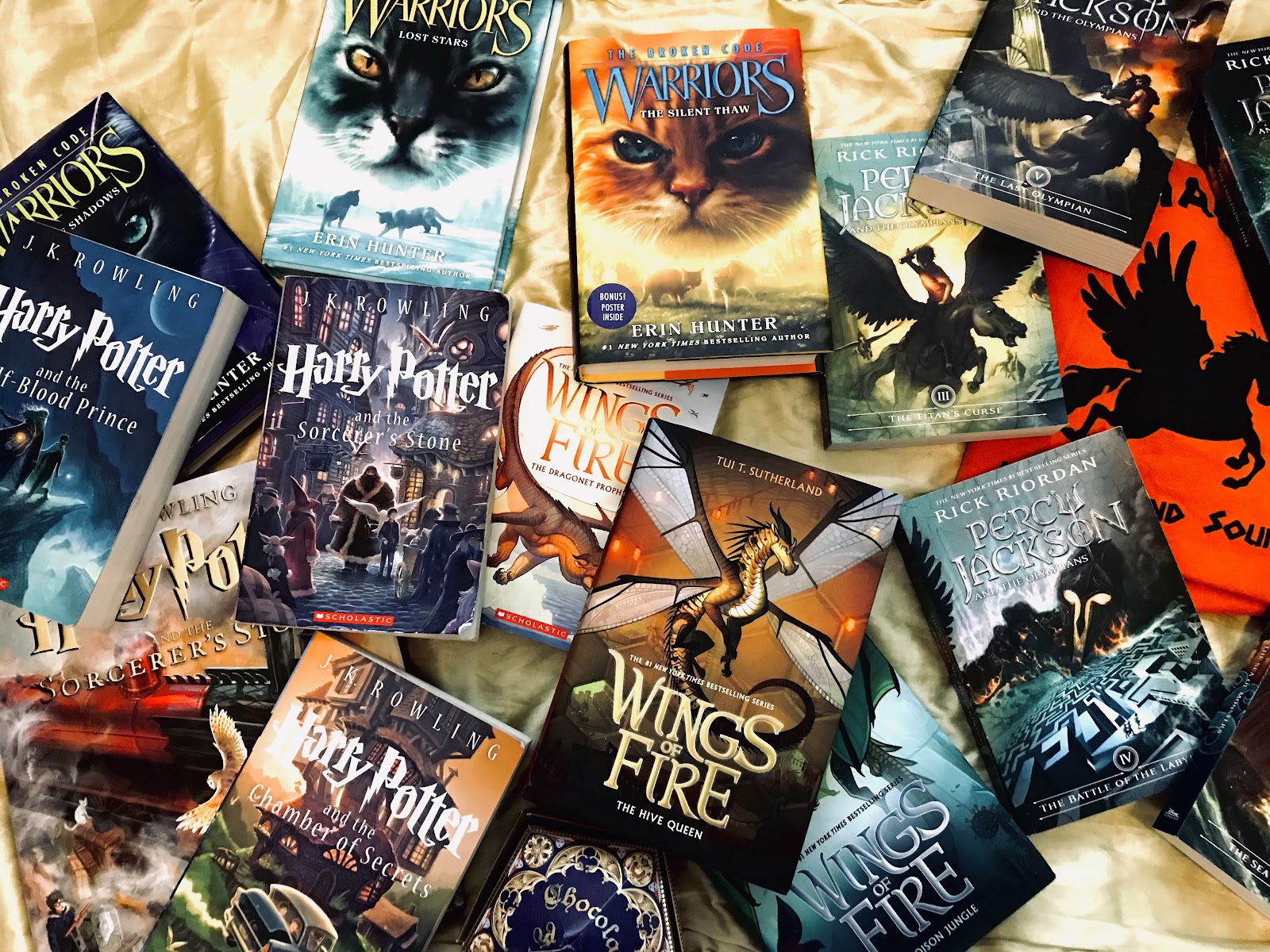 5 thoughts on “Five Book Series That Are Worth Your Time”