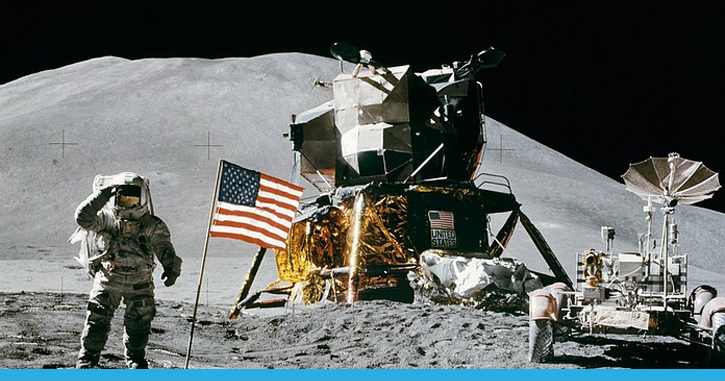 In 1984, President Ronald Regan made it an official American holiday. Another name for this day is moon day to encourage children and young adults to want to learn about Space Exploration. You may ask, “How in the world are we suppose to celebrate this?” Well, one way is to get your family together and go visit your local space or science museums. This will allow you to learn more about our stars, planets, and even our neighboring stars and planets. Space Exploration Day goes beyond the Apollo 11 moon landing. It also includes the spirit of exploring space in general.

🤯 It takes the space shuttle 1 hour to reach 15,000 miles just to be free of the earth’s gravity.

🤯 Neil Armstrong, Buzz Aldrin and Michael Collins traveled 250,000 miles to the moon and back.

🤯 The Apollo 11 mission had three men aboard: Commander Neil Armstrong, Lunar Module Pilot Buzz Aldrin, and command module pilot Mike Collins. But the team that brought them to space consisted of more than 400,000 scientists, engineers, technicians, and workers from all over the States.

🤯 Buzz Aldrin saluted the flag while it was on the moon.

While Neil and Buzz were on the moon, they had a phone call with President, Richard M. Nixon. He spoke with Neil and Buzz from the Oval Office in the White House. Something that the President said during this call was “Because of what you have done, the heavens have become a part of man’s world. And so you talk to us from the Sea of Tranquility, it inspires us to redouble our efforts to bring peace and tranquility to earth.” They had a full conversation with the president while in space.

While they were in space, Commander Neil Armstrong was the first human on the moon.  As Armstrong took his last steps off of the Apollo Lunar Module (LM) ladder, he said a very powerful thing that we know to this day. He said “That’s one small step for man, one giant leap for mankind.”

On July 24, 1969, Neil Armstrong, Buzz Aldrin, and Mike Collins came back home from the moon. They fell into the Pacific Ocean about 900 miles away from Hawaii. After the splashdown, the astronauts were taken straight to quarantine. They had to be quarantined because the astronauts were exposed to harmful bacteria or other unknown elements that were on the moon. There were many doctors that studied the astronauts and the rocks and dust particles that were brought back from the moon. These substances were tested to see if there is any sign of living substances on the moon. Of course, they found none except the bacteria.